Blog Message, "SPEEDING, How To Deal With Temptation" Part 1 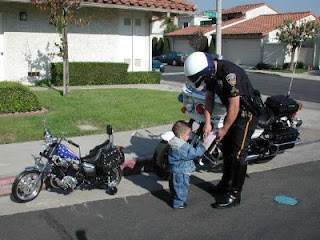 This weeks blog message is called, "SPEEDING, How to deal with temptation." The Bible talks about two different kinds of testing. One is called trials. The other is called temptation. Both of them use the same word in Greek -- "peirasmos". Sometimes it's translated "trials", sometimes "temptations". It doesn't matter because sometimes a situation can be both a trial and a temptation at the same time. There is a difference though that we need to be aware of. Trials are situations designed by God in order to help us grow. Temptations are designed by the devil in order to cause us to sin.

v. 12 "Blessed is the man who endures temptation: for when he is tried, he shall receive the crown of life, which the Lord has promised to them that love him." There is a prize, a reward, for enduring temptation. First it said "blessed" -- happy. Happiness comes from having your life under control, so that there is no bad habit that is devastating you. When you know how to say "no" to temptation it produces happiness in your life. It also says there is a "crown of life". In the Greek this literally means "life itself". James says, when you understand temptation, when you overcome it, when you learn to say "no" then you begin to really live. It is a crown which is life -- abundant life -- itself.

The question is, “How do I handle temptation? How do I say no when I want to say yes?” The book of James is a manual for Christian living that helps us deal with real issues that we all face, like temptation! Here a few things that James highlights.

There's a misconception that says, once you're born again and become a Christ-follower, you've got it all together. You've arrived so you fake it and wear a mask and pretend like, “How could anybody do something like that?” We all are tempted. One of my favorite scriptures is found in I Corinthians 10:13, it says, "No temptation has seized you except what is common to man." That means we all face the same things on the journey. We all have the same temptations, the same problems. Don't be surprised or shocked. Don't try to hide it. Some of you are caught in a compromising situation right now, but it is liberating to know that other people feel the same way you do. We all have the same struggles and problems.

January 12, 2014
Freedom Life 2014 Vision Video from Freedom Life Christian Center on Vimeo . Dream Bigger.  Start Smaller.  Ignite God's Vision For Your Life!  @StevenFurtick The theme for year 3 of Decade of Destiny is,  "GREATER,"  based on the best-selling book from Steven Furtick.  The Bible says in John 14:12,  "I tell you the truth, anyone who believes in me will do the same works I have done, and even greater works, because I am going to be with the Father (NLT)."    2012 marked the beginning of a 10 year vision for our church called,  "Decade Of Destiny."   Since that time, God has been gracious to our church as we have witnessed hundreds of people make decisions to follow Jesus, dozens more baptized and powerful ministry occur in environments geared toward children, youth, young adults, married couples and people from all walks of life.  This past year was an exciting year of INCREASE for Freedom Life.  We expanded the reach of our church by adding a
Read more

Join Our 30 Day Fast From Negative Thinking This Weekend!

October 09, 2012
Isn’t it time to move forward into the life that God has for you?   This weekend we begin a 30 day challenge that will forever change your mind and your life!  You will never have a positive life with a negative mind. Negative thoughts disrupt God’s plan, and will steal your joy, peace and contentment in life.  Over the next 30 days you will learn how to overcome negative thinking so that you can experience God’s goodness in every area of your life!  Here’s how you can be a part of this life-changing experience. 1.  Be a part of our church each week!  Join us live (Christiana or Coatesville) or online (www.freedomlife.tv) during this series for Bible based messages that will help you keep moving forward in your faith! 2.  We're encouraging each person to wear a rubber band on their wrist.  Why? Well, the rubber band will serve as a visible and physical reminder for you to learn to patrol & control your thoughts.  Pausing and considering the implications of n
Read more