Blog Message, "SPEEDING, How To Deal With Temptation" Part 2 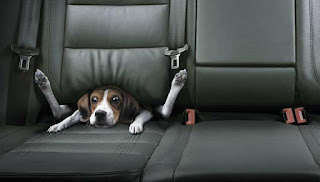 We need to keep it real and be honest in regards to dealing with temptation. We also need to...

Accept responsibility. Don't blame other people for your problems. Don't play the victim or martyrWe love to blame people, even God. V. 13 "When tempted, no one should say, `God is tempting me.' For God cannot be tempted by evil, nor does he tempt anyone." God does not tempt, but we love to blame others. We are in a society of irresponsibility. Blame society, blame the government, blame the environment, blame heredity, blame your parents, blame your spouse, blame the devil, even blame God. Some people say, "It must be God's will or He wouldn't have let it happen." That's called blaming God. That's called blaming God. Don't make your bad choices and then blame them on God. God does not tempt. He never contradicts His word. God is not going to tell you one thing and have the Bible say something different. If the Bible says something and you say something different, you're wrong, not the Bible. Be responsible. Don't blame God and don't blame other people. It's a sign of immaturity. No more victims.

The fact is I bring most of my problems onto myself. So do you. We bring them on ourselves. If I'm ever going to break those bad habits I want to get rid of, first I have to be realistic: I am tempted. Then number two, I've got to be responsible. I have to quit being the victim and making excuses.

When temptation comes, be ready. Be prepared for it. Peter says, "Be on your guard." Jesus said, "Watch and pray that you enter not into temptation." Paul said, "Put on the whole armor of God". Be ready. Be prepared
"Each one is tempted when, by his own evil desires, he is dragged away and enticed. Don't be deceived my dear brothers..." Circle "deceived" -- we need to be ready and prepared for temptation. Temptation does not warn you in advance. One of the reasons it's a temptation is because you don't even know it's there. It catches you by surprise. You've got to be ready and on your guard. We are most vulnerable after a tremendous success. We think we're doing OK. The Bible says, "Let him who thinks he standeth, take heed lest he fall." I read this story about Bobby Leach who went over Niagara Falls in a barrel and came out unharmed. A couple of days later he slipped on an orange peel and broke his leg. It's the little things in life that kill us. James is saying, “Be ready, don't be deceived.” So how do we prepare for temptation? Join me tomorrow as we unwrap this incredible book and how to be ready when we are tempted to speed right down sin street.

My Back Story- Week 1- How To Break Your Confidence Crisis

September 23, 2013
My Back Story-  Part 1 “So do not throw away your confidence; it will be richly rewarded.”   Hebrews 10:35 Confidence maintained in your mind, produces rich rewards in your life. @KevinGerald Key Thought-  Life Is Better When Confidence Is Bigger “Faith is the confidence that what we hope for will actually happen; it gives us assurance about things we cannot see.”   Hebrews 11:1-2 (NLT) Faith  is an action, based on a belief, supported by confidence  Confidence  is trust, certainty & boldness in a person or thing.  “The Lord is my light and my salvation— whom shall I fear?  The Lord is the stronghold of my life—of whom shall I be afraid?  When the wicked advance against me to devour me, it is my enemies and my foes who will stumble and fall.  Though an army besiege me, my heart will not fear; though war break out against me, even then I will be confident.”  Psalm 27:1-3 (NIV) When You Are In A Confidence Crisis, You Will Feel: Inadequate  --  Inferior
Read more