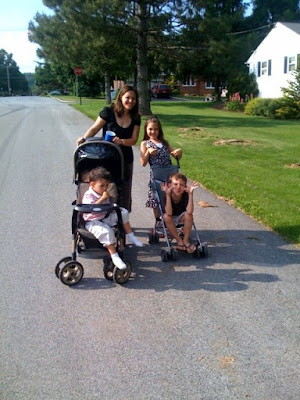 I've found that most men (including yours truly) are backseat drivers when they are driving with their wives or other woman (and sometimes men). There is something that goes off in a man's brain when a women drives that causes him to forget that they have the same license that he does. I've watched my father do it and I've even find myself doing it sometimes. When does backseat driver syndrome begin? I'm not sure but I know it starts as early as 5 years of age. Case in point, we were taking a family walk this week and my son Caleb, who is 5, was fine as long as I was pushing his stroller. (he pretends to be sick sometimes so he doesn't have to walk but that's another blog entry) The moment Mikayla would push his stroller he would start complaining that she was going to fast or to slow or almost ran into something. I'm sure they'll have a medication to cure him by the time he is older but it was hilarious to watch him act like a grown man already. He already has B.D.S., keep him in your prayers!