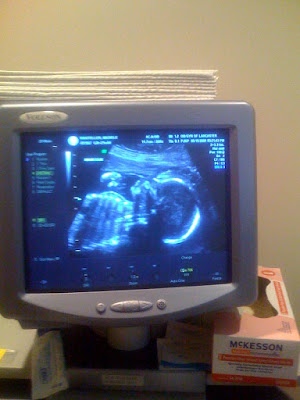 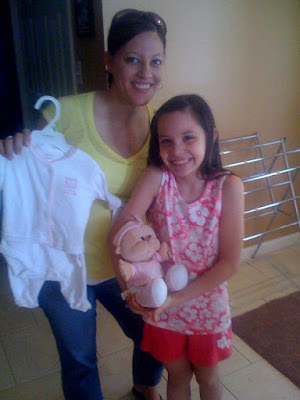 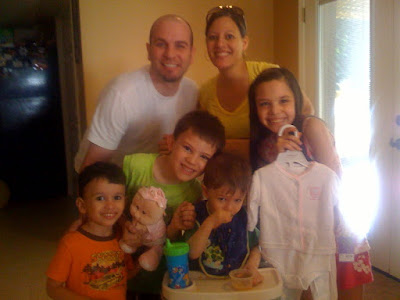 I'm thrilled to announce that our new addition, arriving in late September, will be a girl! After 3 consecutive boys, the girls broke through once again in what will be the season finale. (in other words, no more children planned) My wife & I went in to get an ultrasound done this past Friday & we were hoping that we would be told to expect a "healthy baby girl." We doubted that it would be the case because I seem to be so good at making boys (FYI, it is the male that determines the sex). After receiving the news, we immediately drove to our friends house where our kids were anxiously awaiting the final verdict. I handed my daughter Mikayla a bag to open in front of the boys & we had a little girl doll & outfit awaiting inside. The kids were totally pumped, especially Mikayla, who is tired of not having a little sister! I love all of my kids dearly but I'm thankful that I will get one more little girl to enjoy! The pictures above are from those moments! God is good!